All cooks know that fat is necessary to cook and give flavour to dishes.

All nutritionists know that a regular intake of fat is essential to the body. Fats play a key role in the cardiac system, for example.

So the real question is therefore not “is fat needed?” but rather “what fat should be used?”

And our answer is clear: find the pleasure factor, get off the beaten track!

With the ALVA FOOD ranges, you will rediscover authentic and forgotten flavours, produced by quality products.

In short, it is your secret weapon, your magic ingredient!

Known and appreciated by the greatest chefs, lard, duck and goose fat and coconut oil give the simplest dishes a “little touch” of additional flavour that has an irresistible charm.

French fries perfectly illustrate this diversity: in the north of France, they are cooked in beef dripping or lard; in the southwest, in duck or goose fat.

In Brittany, lard is traditionally used to grease “biligs” (crepe hotplates). It is also used in various French charcuterie specialities such as Le Mans rillettes. In Alsace, it is an essential ingredient of choucroute (sauerkraut).

Southwest France is the capital of duck: Duck fat is used in many dishes, such as confit, cassoulet, Sarladaise potatoes, French fries or for browning vegetables. The inhabitants of Southwest France are less prone to cardiovascular diseases than in other parts of the world. This is called the French Paradox.

Lard is used everywhere in Europe, north and south. Spain for example has a lot of sweet recipes including pork fat, such as Mantécados. Even in Italy, the land of olive oil, lard is used by much of the population. In Eastern Europe countries, there is a speciality made with animal fat (goose, pork or chicken) that is spread on bread: Schmaltz.

A short history of fat consumption In the 1930s, lard was the most used fat in France, ahead of butter and olive oil.

In the aftermath of the Second World War, the use of lard fell to be replaced by vegetable oils, margarine and butter, particularly in the production of brioches and pastries, as well as in cooking.

Nowadays, we know to look for a balance in the consumption of fats, each being suited to one or more applications.

Recent studies say that duck fat is one of the best. It perfectly resists high cooking temperatures and is fairly close to olive oil in its composition. Its significant quantity of mono-unsaturated fatty acids makes it very resistant to cooking, as sought by new “oleic” oils

All fats give a specific taste to your dishes, as they play a flavour conveying and enhancing role.

This aromatic “background note” gives flavour to and magnifies everyday dishes. The greatest French chefs are well aware of this and make the most of it!

ALVA FOOD Sublim’ duck fat was tested by several major chefs at a culinary workshop organized at the Centre Culinaire Contemporain in Rennes. Here are some of their reactions:

“In the mouth, duck fat surprises by its light and airy aspect. It is expressed with elegance and delicacy on the taste buds.”

“It helps break away from usual codes, and can be used to explore and innovate. It’s interesting.”

« The subtle taste of duck fat enhances each preparation by giving a delicate or barely pronounced aromatic signature. »

« This brings aromatic strength and complexity to products that are initially not necessarily very powerful. »

« Duck fat stands out from other fats, both in its many hot and cold features as well as its aromatic qualities. »

« Possible explorations and applications are endless: as an alternative to cream in a light foam, in choux pastry, a savoury or sweet crumble, or even caramel… you can give free rein to your imagination! »

ALVA FOOD would like to thank all the chefs who participated in the project: 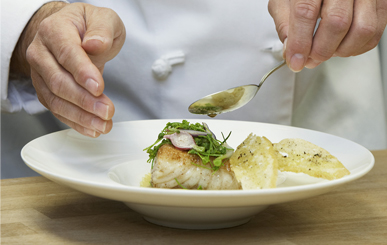 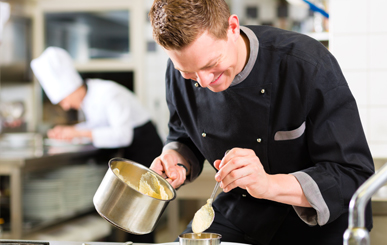 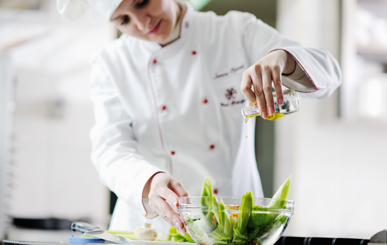 As a general rule, solid fats (in creamy form), such as duck or goose fat and lard, are better suited to frying and cooking at high temperature than fluids.

They maintain their qualities in long cooking and do not burn when frying.

Technically, lard and duck fat are very practical for making pastries. Their semi-solid texture makes it easy to work the dough effectively and adds lightness after baking.

The current trend is to use animal fats in many recipes, which can replace other fats, and they are ideal for all uses: for spreads, to make sauces, to bind dishes, to colour, fry, brown, etc. They take us back to the essentials and our culinary heritage through their authenticity and purity. 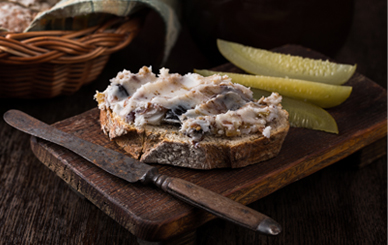 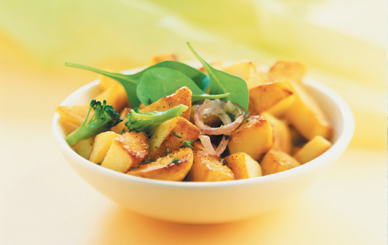 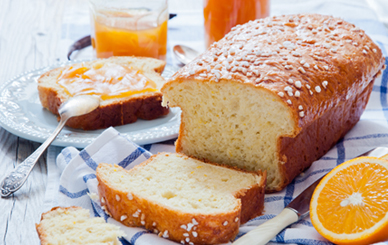 The “French paradox”: the effects of “good fat”

Appearing in the late 1980s, the “French Paradox” refers to the fact that several far-reaching epidemiology studies have revealed an apparently contradictory relationship between the good health of the French (especially in southwest France and Provence) and their diet, rich in animal fat (and wine), in comparison with that of Anglo-Saxon populations.

Further studies have shown that duck and goose fats are particularly rich in mono-unsaturated fatty acids. When eaten regularly in moderate amounts and as part of a balanced diet, these fats promote good cholesterol and help protect blood vessels.

Fat is good for the body!

Fats provided by edible fat intake play a fundamental role in the overall balance of the human body.

* As part of a balanced diet. To adopt the right dietary habits